This topic is about how I adressed heat creep on my new SV06 that kept my prints failing. See this post that describes a similar problem. 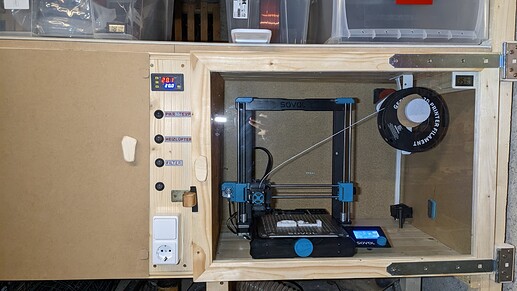 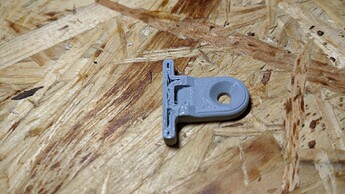 First I will describe the problem and split it into individual smaller issues. Then I will show you how I adressed them and what helped me and what didn’t. 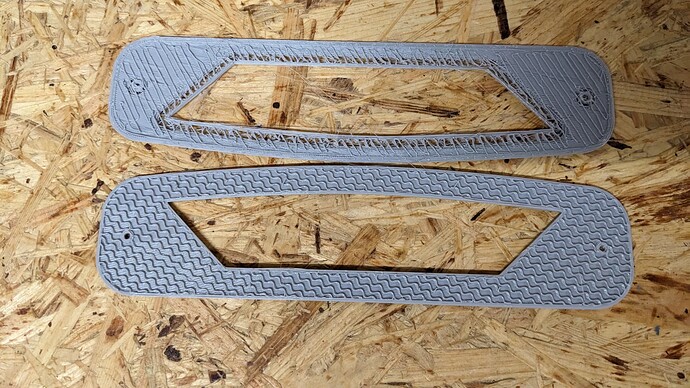 My prints got failing as soon as some retraction took place or print time in general was larger then about 45 min. The usual troubleshooting showed that it was heat creep: the nozzle clogged and the extruder started to grind away filament. As soon as that happend, giving the machine a bit of a cooldown and starting a new print worked well (of course I had to clean the extruder gears from the debris first. This is easily done by removing the tension screw and scraping the filament debris away with the pliers that came with the printer. Some pressurized air and all was nice an clean again).

As I understand the underlaying problem is simple: the coldend gets too warm. The possible problems are diverse.

The first problem is simple to adress: variation of printing temperature and printing a temp tower to find an okayish compromise between layer adhesion and avoiding heat creep. Here I found that with some materials I could improve the printing time by lowering the printing temp. For example with PLA from dasFilament I had success to print at 195° instead of the tempreatrue of 200-230° that were recommended (I also learned, that PLA is sometimes hard to get consistent good results with an direct extruder an bimetal heatsink).

The second problem can be caused by several issues:

The third problem can be caused by the following issues:

The fourth problem can be caused by multiple issues too ;-):

The fifth problem hit me as a newbie: the quality variation within the same filament of the same brand can be quite annoying with cheaper brands. And the materials of some brands might just not go well with some printers. Universe knows why. So trying out different brands helped a bit in my case. For example I found out that I had no heat creep at all with silk PLA from eryone.

The sixth problem is quite an inidividual case but here I had the most improvements in print time and could finally achieve good results. If you have more experience than me, you might have had a better starting point than I did. But did I learn a lot

Since I use Cura as slicing software I learned how to use its settings to avoid retractions as often as possible and that helped a lot in my case. I also lowered the retraction settings that are recommended by Sovol. 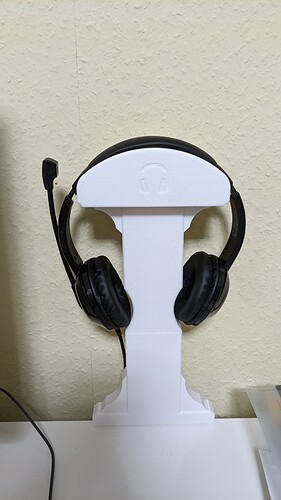 Summary: Did I use suboptimal slicer settings? Yes. Does the coldend still get too warm? Also yes. Did I solve my problems? Mostly. I’m still very interested in your findings and in Sovols opinion. Heat creep seems to be an issue more people experience with there sv06 than with other printers. Even if they are more experienced than me

Hope this helps some of you and please spam your comments so we can benefit from each other.

I found one more thing happening on my printer:
The screw that tensions the extruder gears has a very thin washer. I noticed that it could get caught in the threads of the screw sometimes. and therefore blocking the motion of the attached gear. Normally it moves a little in and out when retracting or during filament change. A new better suited washer helped.

Hi, I know it is very individual but could you share your retraction settings. I tried so many settings and nothing seems to work for me. Just would like to try your settings. Thanks

I can confirm your findings because I encountered the same problems. I can understand sovol for the part sourcing (you can’t get high quality parts at this price with shipping included). Most of the problems can be eliminated by carefully control the assembly process by applying better the thermal paste and to include thermal paste in the throat thread where you have mentioned. After doing this I have successfully printed the beachy that came with the SD card with pla at 215 degrees. I need to print more parts to be sure I will not encounter other problems.

If Sovol is more careful with the assembly, they have a good product at this price in my opinion.

sure. Here are the Cura retraction settings I use: 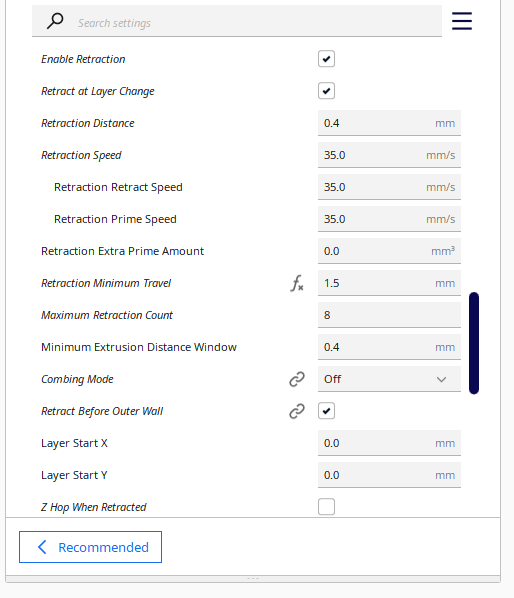 Analyzing my failed prints I noticed that they failed more often when there are multiple retractions in a short amount of time. Like here: 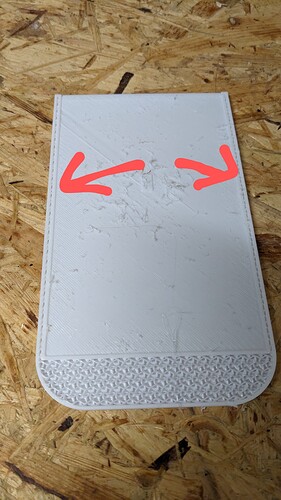 PXL_20230106_172126182~21920×3413 419 KB
The printer retracted between the short infill lines and then the nozzle clogged. So in the next attempt I checked the “connect infill lines” in Cura and that helped. As you may notice the surface quality is bad. That is due to the low temp I printed this PETG to prevent further heat creep. However minimizing the retractions enabled me to print the part successfully at 10° higher and the surface was better.
Kgluong January 8, 2023, 12:36am #6

It’s enclosure. It’s too hot. Drill some holes on top of your enclosure or open the door a little to allow the hot air out.

what ambient temperature should we aim for inside our enclosures? I’m also dealing with a similar issue that I suspect is heat creep due to the enclosure getting too warm (printing at 220/70, usually starts messing up after a few hours)

The further up the print the more chance the print will fail due to hot air accumulating on top of the enclosure overtime. I think anything below 28c is safe for pla. I think the max ambient temperature for pla is 33c. That’s when pla will fail. Other materials will operate at different ambient temperatures.

Overall it depends on a lot of variables. I print at 60mm/s or faster in an enclosure to help against heat creep. Have a small part of the enclosure open to allow heat to escape.

You’re right. What you can see in the picture above is actually (the failed print of) the slider that controlls how much of the exhaust whole is open

with PLA I leave the door open and the temperature is around 17°. The bed is at 65° and I printed it with 205° i the nozzle. This works fine most of the time. I recently had a print that failed after 5h with those conditions.

Pla is heat sensitive. Iirc pla glass transition is 50c. PETG is 80c. ABS is 105c. Printing pla in an enclosure can be tricky. PETG, ABS, PC, Nylon, etc won’t have a problem in enclosures.