I’ve uncovered a problem and it’s solution when using 250gm spools of filament.

Because of the relatively tight curve of the windings, the filament comes off the spool with quite a curve. This results in the filament not feeding into the direct drive unit successfully. At first, I thought that this was related to the slick-ness of the filament being used, so I use seom 600 grit sandpaper to rough up the outer surface of the first 6" or so. This works well as one solution.

However, I then received a 1kg roll of the same manufacturer’s PLA and it loaded with no issues. I started digging in and found comments elsewhere about the curvature of the smaller spools and a tip that simply straightening the first 2"-3" of filament would also resolve this (thanks to Aurora Tech, OnlyBenchies.com, and ModBot). Sure enough, comparing the filament off of a 250gm spool against the filament from the 1kg spool very quickly demonstrated the curvature difference.

So, sandpaper goes back in my kit and 250gm rolls now have a place in my materials list.

Have you tried tweaking the following knob? 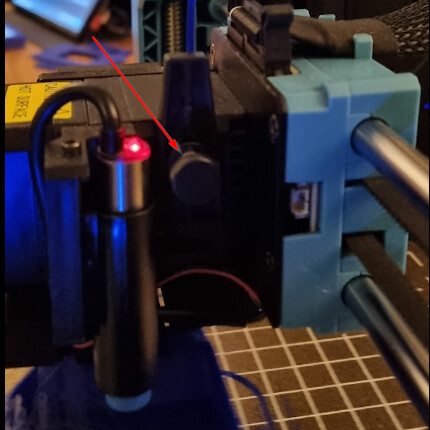 Mine wasnt gripping the PLA hard enough and just stopped feeding it through until I tightened it slightly. Seems it was way too lose when it left the factory. After rightening it a little (not a huge amount) I ended up with much better results.

I’ll look into that, as well. That may explain what both Aurora and I witnessed.

Now, to replace that PEI mat …