I’m currently running into an issue where I am getting incorrect values on my thermistor. I swapped my heat block previously and installed a new one, but kept the original wires. After doing so my temperature went from +/- 5 degrees to +/- 7 and the fan would trigger thermal runaway. I attempted to readjust several times but the same variation remained with the same thermal runaway issue. That said the temperatures remained accurate.

I had seen people recommending thermal paste for this so I applied some thermal paste to the hole the thermistor goes in and it took my variation down to about a half a degree in either direction. The thermal runaway was also no longer being triggered by the fan. Awesome, but when I went to print I was running into issues. I checked the temperature again and saw the actual temp was way lower than the reported temp. I did some readings and saw that for every 10 degrees it was reported to rise, it would only rise ~8, converging at my room temp of 30 which was accurate.

Here are the values of I mapped out: 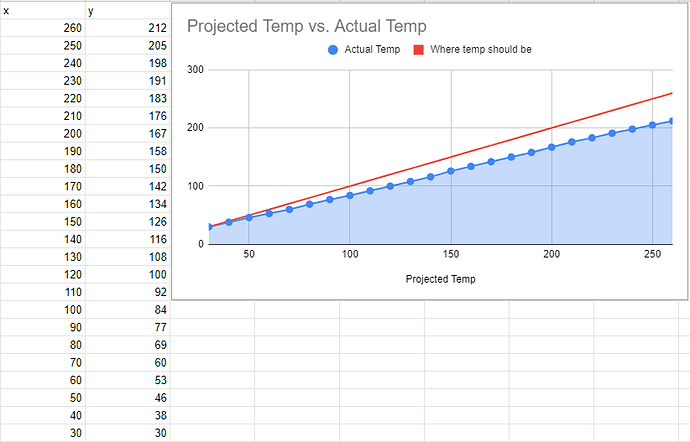 According to the temperature trend, the deviation is relatively large, you can consider replacing the thermistor. 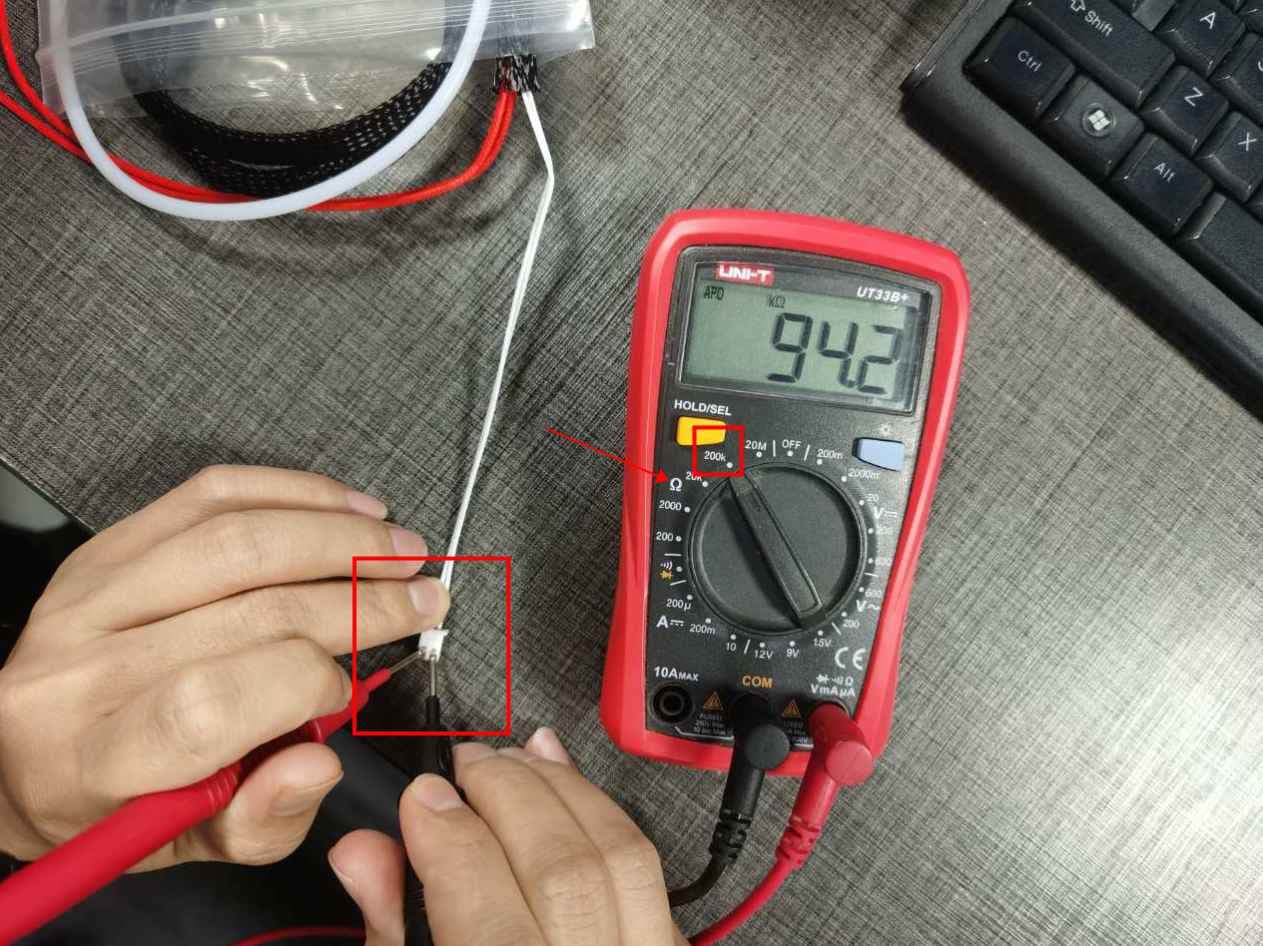